President Trump Admits He’s “Not a Fan” of Bitcoin: How Will That Impact Investors?

Home » President Trump Admits He’s “Not a Fan” of Bitcoin: How Will That Impact Investors?

President Trump Admits He’s “Not a Fan” of Bitcoin: How Will That Impact Investors? 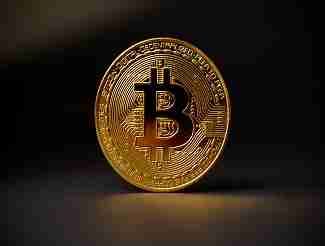 President Trump’s tweets have almost become a matter of legend, with the ability to move markets with just a few short words. And while most of Trump’s tweeting deals with politics, world trade, and reacting to current events, he finally decided to tell the world what he thinks of Bitcoin and cryptocurrencies. Unfortunately for Bitcoin fans, Trump came out as someone who is not a fan of Bitcoin and cryptocurrencies.

Some of Trump’s reasoning seems like it was stuck back in 2011, with the old canards that Bitcoin and cryptocurrencies facilitate illicit transactions such as drug trafficking. That’s despite the fact that more and more financial firms are investing in Bitcoin, offering Bitcoin futures products, and accepting Bitcoin at point of sale payment terminals.

Trump’s opinions are ultimately his opinions, but if those opinions end up having an effect on public policy, particularly on the actions of regulators, then they could lead to a chilling effect on cryptocurrency regulation. While many US officials have publicly expressed their desire for a relaxed regulatory framework for Bitcoin and cryptocurrencies, many cryptocurrency companies are also finding it difficult to continue operating in the US because of the uncertain regulatory climate that faces Bitcoin.

Almost the only certainty that there is exists with products such as Bitcoin IRAs, which take advantage of existing US tax regulations to offer the same advantages to Bitcoin investors as to investors in stocks, bonds, and precious metals. Investors in Bitcoin IRAs can invest in Bitcoin using pre-tax dollars, roll over assets from existing retirement savings into Bitcoin tax-free, and defer taxation until they decide to take a distribution. They don’t have to worry too much about future regulatory changes because Bitcoin IRAs as a product are already well established and understood by regulators.

It’s probably best not to read too much into President Trump’s comments on Bitcoin, as they’re hardly indicative of a coming crackdown. But if you are concerned about future regulatory uncertainty, you can protect yourself by investing in a Bitcoin IRA today.