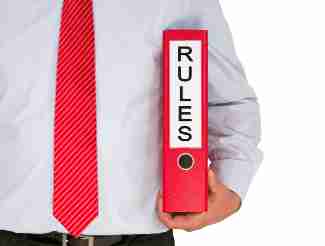 The disruptive nature of cryptocurrencies caught governments and regulatory agencies largely flatfooted. They didn’t know how to respond to Bitcoin, Litecoin, Ethereum, and other cryptocurrencies. Nor did they know how to react to the development of initial coin offerings (ICOs). In fact, just about the only thing that they have acted upon for certain is approving the trading of Bitcoin futures and declaring that gains made on cryptocurrency sales and cryptocurrency trading are subject to taxation. Aside from that, there hasn’t been too much guidance. That’s why it’s good news that the SEC is finally coming out with some guidance on ICOs.

For a long time, the question asked about ICOs was: Are they or aren’t they? Securities, that is. Unlike Bitcoin and Litecoin, ICOs and even some cryptocurrencies such as Ethereum could have been classified as securities. That’s because they were issued in a manner more like shares in a business project rather than being mined like Bitcoin and Litecoin. And while SEC clarified earlier this year that Ethereum was not considered by the agency to be a security, that still left the status of many other ICO tokens up in the air.

Cryptocurrency IRA investors are aware of how easy it is to invest in Bitcoin as a retirement asset thanks to it being classified as property rather than a security. With additional licensing comes an additional cost, all of which ends up being passed on to the customer, i.e. the investor. Now that SEC is planning on coming out with a plain English explanation of what makes certain ICOs securities and others not, investors should have an easier time figuring out what’s what.