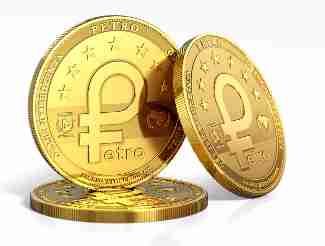 If you’ve been wondering what happened to Venezuela’s petro cryptocurrency, you’re probably one of the only ones. The cryptocurrency, much hyped by Venezuelan President Nicolas Maduro, was slated for disaster almost from the beginning. Supposedly backed by oil reserves, Maduro had to force the cryptocurrency onto Venezuelan government employees in order to get it to achieve circulation. And now nearly two years after its introduction it still isn’t on anyone’s radar screen.

That hasn’t kept Maduro from pushing the petro. He’s now forcing the petro to be used in a new housing initiative in Venezuela in which over 4,000 homes will be constructed. It’s unclear just how forcing developers to use the cryptocurrency will aid in its adoption, particularly given continually rising prices in hyperinflationary Venezuela.

If anything, the petro is a lesson on how not to start a government cryptocurrency. The reason Bitcoin became so popular was because it was a fully decentralized cryptocurrency. Thus users could trust that there was no central entity that would attempt to inflate the supply of Bitcoin. With the petro there are no such guarantees, so no one knows just how many petro tokens the government could end up creating. And given Venezuela’s track record with paper currency, that could be quite a few petros created.

While Venezuela’s treatment of the petro may be extreme, it differs largely in style rather than in substance from the way that many other government digital currencies will be created and run. Centralized control will allow the central authority to continue creating additional tokens, which will devalue existing tokens. There’s no way around that, which is why Bitcoin and similar cryptocurrencies remain so popular with consumers and investors. Despite governments around the world looking into creating and issuing their own cryptocurrencies, Bitcoin will remain the preeminent cryptocurrency for investment and sales for a long time to come.