Peter Thiel Believes That Bitcoin Will Be the Next Gold 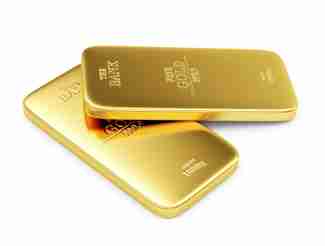 Peter Thiel, the billionaire co-founder of PayPal, believes that Bitcoin will eventually become the online equivalent of gold. Unlike Bitcoin founder Satoshi Nakamoto, who envisioned Bitcoin as a digital currency, Thiel believes that Bitcoin would serve best as a store of value. “It’s like bars of gold in a vault that never move, and it’s sort of a hedge of sorts against the whole world going falling apart,” he said at an event in New York last week.

According to Thiel, Bitcoin stands a 20 to 50 percent chance of gaining more value in the future. In fact, he is so bullish on Bitcoin as a store of value that his venture capital firm purchased $15 to $20 million dollars of it in January. But while Thiel is bullish on Bitcoin, he isn’t quite as hopeful about most other cryptocurrencies.

Thiel’s views make a lot of sense, which is why many in the cryptocurrency community view Bitcoin as digital gold and Litecoin as digital silver. While Bitcoin definitely started off as a digital currency, fewer and fewer people use Bitcoin to purchase goods, preferring to hold it as an investment asset in the hope that it will continue to accrue in value. That has ceded the use of cryptocurrencies as money to other cryptocurrencies such as Litecoin, which has often been called the “silver” to Bitcoin’s “gold.”