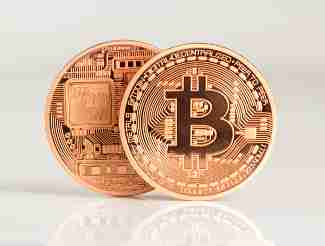 With the surge in Bitcoin’s popularity in late 2017 you would think that the whole world had heard about Bitcoin by now, but there are many people who still haven’t. Thankfully that number of people who haven’t heard of Bitcoin continues to decrease year by year. Overall the number of people who have heard of Bitcoin is at 89%, up from 77% in 2017. Even better, that result is roughly the same for all age cohorts, with every age group seeing 88-90% recognition of Bitcoin.

Positive attitudes towards Bitcoin are growing too, with 43% of people believing that Bitcoin is a positive innovation in financial technology, up from 34% in 2017. Those numbers also show similar demographic breakdowns, with younger people being more likely to rate Bitcoin positively than older people.

Those attitudes don’t fully translate to a willingness to buy Bitcoin however. Only 27% of people surveyed thought that they would be very or somewhat likely to purchase Bitcoin over the next five years. The highest percentage was among those 18-34 at 42%, while only 8% of those 65+ thought they would buy Bitcoin.

Overall ownership rates were around 18% for those 18-34, but only 1% for those 65+. That demonstrates that investing in Bitcoin is largely something that young people do, and for good reason. With the prospect of large gains in the future, Bitcoin investment is an expression of belief in Bitcoin’s ability to revolutionize the financial system. It only stands to reason that young people who have more time to realize the potential long-term gains of Bitcoin would be more likely to buy it, while those already in retirement aren’t really looking for the next big thing.

Still, with all age cohorts reporting an increase in knowledge of and familiarity with Bitcoin, the outlook for Bitcoin remains bright. We can’t wait to see what results the next survey two years from now will bring.