PayPal, Visa, Other Leave Libra Project: What Happens Next? 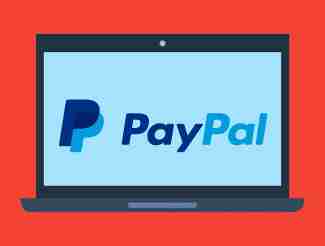 In a big blow to Facebook’s Libra cryptocurrency project, PayPal announced earlier this month that it would be leaving the project. When Facebook had first announced Libra, it also announced that numerous established financial and payments firms had also joined the project, including PayPal, Visa, and others. Once PayPal left, the floodgates opened, as Visa, Mastercard, Stripe, and others also left. With so many payment firms leaving the Libra Association, does Libra still stand a chance at getting off the ground?

It’s unclear why exactly PayPal left the Libra Association, although the company stated that it would continue to focus on its existing business activities. But it’s possible that the increased friction Libra has received from numerous corners and especially the frosty reception Libra has received from lawmakers, regulators, and central bankers around the world contributed in some way to PayPal’s decision. That probably factored in to the decision by Visa, Mastercard, and others. Continued involvement in Libra would be a substantial risk without much reward.

While the idea of Libra seemed a good one at first, and had many people enthusiastic that Libra would be a real game changer in the world of cryptocurrencies and payments, the chilly response from governments has forced Facebook to work overtime in assuaging concerns and fears among world governments. Given the way that governments have brought negative attention to Libra, there’s a very real possibility that the project may very well end up getting killed by governments who decide to subject Libra to such overwhelming scrutiny that it either is hopelessly delayed or Facebook decides to kill the project.

We’ll just have to see whether the departure of these major firms is the tip of the iceberg or whether the other Libra Association members will stick to the project. One thing is certain, though, that Bitcoin will continue to strengthen and gain market share while Libra remains in limbo.

The dangers of a centrally issued cryptocurrency and the problems that come with attempting to manage such a cryptocurrency are severe drawbacks that will continue to plague Libra all of its days. If you’re looking to cryptocurrencies as a investment, then investing in Bitcoin will leave you far better off than waiting on Libra to get off the ground.