Overstock Plans to Pay Some of Its Taxes in Bitcoin 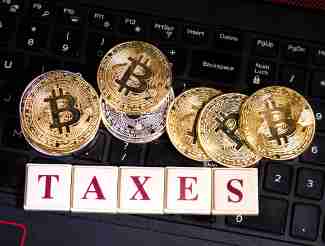 One of the key aspects to the adoption of any currency throughout history has been the ability for people to use the currency in payment of taxation. That was the case for metal coinage, paper money, and now for cryptocurrencies. With Ohio’s announcement late last year that it would begin to accept Bitcoin as payment for taxes, that set the stage for Bitcoin to finally gain acceptance as a viable currency. Now online retail giant Overstock has announced that it will pay some of its tax obligations in Ohio with Bitcoin.

Overstock’s CEO, Patrick Byrne, has been a proponent of Bitcoin almost from the very beginning. He was one of the first CEOs to recognize Bitcoin’s potential and Overstock became one of the first online retailers to accept Bitcoin as a payment for goods. Both he and the Ohio Treasurer look forward to the company paying some of its tax obligations in Bitcoin. If the experiment is successful then it could set an example for other companies to accept Bitcoin for purchases and use it for tax payments. And if Ohio sees no drawbacks from this it could incentivize other states to accept Bitcoin in payment of taxes too.

The more states accept Bitcoin as payment for taxation, the more companies will be willing to accept it as payment and the more consumers will want to use it as a payment. Even after ten years of use Bitcoin is still very much in its infancy in terms of consumer adoption. Despite its acceptance by numerous online sellers, the development of investment options such as Bitcoin IRAs, and now its acceptance by governments, it will still take a while before Bitcoin is fully considered to be a mainstream form of payment. But with such rapid growth over the last ten years, the next ten years should see even more widespread adoption of Bitcoin.