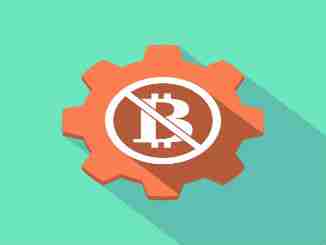 Nobel Prize-winning economist Joseph Stiglitz suggested in a recent Bloomberg interview that Bitcoin is illegitimate as a form of currency and ought to be outlawed. Stiglitz, a harsh critic of laissez-faire, whose economics influences include Paul Krugman and John Maynard Keynes, said: “One of the main functions of government is to create currency. And Bitcoin is successful only because of its potential for circumvention, lack of oversight. So it seems to me it ought to be outlawed.

“It doesn’t serve any socially useful function. We ought to just go back to what we have always had,” he added. “This is just a bubble… a bubble that’s going to give a lot of people a lot of exciting times as it rides up and then goes down.”

However, David Mondrus, CEO of Trive (which aims to empower journalists via the blockchain), strongly disagreed, noting in comments to the press that Stiglitz “misses the point on Bitcoin.” Mondrus readily acknowledged that circumventing third parties, including government, is one of the major functions of Bitcoin, but it is precisely because of the failure and overreach of such parties that it was invented, he asserted.

“Let’s remember that the Madoffs served on both the NASDAQ and SIFMA [the Securities Industry and Financial Markets Association], that Enron had the ‘smartest guys in the room’, and that MERS [Mortgage Electronic Registration Systems] was a direct violation of the laws of 26 states and yet was created regardless,” the cryptocurrency professional added. “Regulators have either been ineffective or complicit in their duties. Strengthening regulations in the face of this history works about as well as marijuana prohibition.

“Maybe it’s time we stopped relying on third parties, governments, and regulators to keep us safe and relied on ourselves,” Mondrus continued. “Maybe it’s time for personal responsibility and self-determination.”