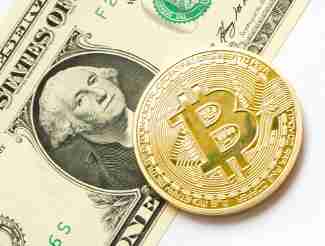 A surefire way to ensure the continued adoption of Bitcoin and cryptocurrencies as methods of payment is for governments to accept them as payment for taxes. While many governments have been averse to accepting Bitcoin as a method of payment, some governments have attempted to break new ground by accepting Bitcoin. Among them is the state of Ohio, probably the best known adopter of Bitcoin. Its state treasury has accepted Bitcoin as a payment for taxation, with online retailer Overstock being among the companies paying Bitcoin to the state. But now the state has temporarily suspended its acceptance of Bitcoin as a payment method pending an investigation.

Until that is clarified, the Treasurer has suspended the ability of businesses to pay taxes in Bitcoin. According to the Treasurer’s office, fewer than 10 companies have paid taxes in Bitcoin so far, so the temporary suspension shouldn’t have too much of an effect on business.

Let’s hope that the suspension is only temporary and that Bitcoin tax payments are resumed quickly. Every step towards further adoption of Bitcoin as a payment for taxes is a beneficial one, and every step backwards makes it more difficult for Bitcoin to continue gaining ground. It doesn’t seem as though Ohio has had any difficulties in accepting Bitcoin for tax payments, the state is just trying to make sure that it’s dotting its “i”s and crossing its “t”s. Once things get back online, the state should continue to serve as an example to other governments around the country that Bitcoin is a perfectly viable currency that governments can and should accept.