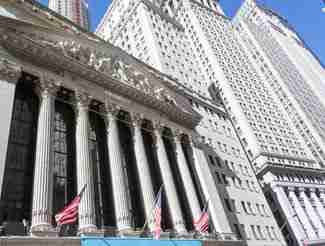 According to recent reports, Intercontinental Exchange (ICE), the owner of the New York Stock Exchange (NYSE), is developing plans to open an online Bitcoin trading platform for large investors. While the plans are still confidential and there is no guarantee that it will even occur, a platform like this established by such a major player in financial markets could be a major game-changer in the Bitcoin world.

Up until now, Bitcoin trading has been dominated by upstarts, new companies that filled the need for Bitcoin investors and traders to trade cryptocurrencies. Many of those companies have become quite large in the cryptocurrency sphere, but in comparison to established financial exchanges such as the NYSE or NASDAQ they remain quite small and inexperienced.

With ICE potentially entering the market, we see for the first time the possibility of a Bitcoin trading platform that can bring significant amounts of resources to bear. ICE has the financial ability, the trading experience, and the regulatory and legal resources to make an immediate impact in Bitcoin markets. An ICE Bitcoin exchange would instantly become a major player in Bitcoin markets.

ICE’s reputation alone would draw in major financial institutions, hedge funds, investment banks, and others who may have been sticking to the sidelines until now. The amount of interest and money that ICE could bring into the Bitcoin arena would be tremendous, and would undoubtedly boost demand for Bitcoin, leading to a significant rise in price. And if a Bitcoin trading platform turned out to be a success, it could easily expand to include other cryptocurrencies such as Litecoin, Ethereum, etc.

More institutional interest in Bitcoin would be a boon for Bitcoin IRA investors, not only through the increase in the value of their investments that increased demand would bring, but also expanding the range of selling options for when they eventually decide to or are required to take distributions from their IRA.