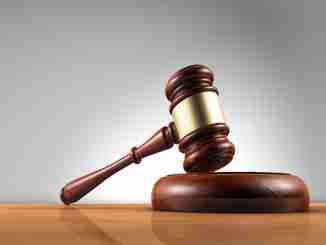 New York Attorney General Eric Schneiderman has launched an inquiry into the business practices of 13 cryptocurrency exchanges. His office has sent letters to those exchanges to request, among other things, disclosures related to their operations, use of bots, conflicts of interest, and other issues. The companies targeted by the Attorney General include Coinbase, Gemini Trust Company, Bitfinex, Kraken, Binance, and Huobi.

It is unclear what prompted the Attorney General to take action right now, although it fits into New York’s reputation of being a very unfriendly place for Bitcoin and cryptocurrency firms to do business. From the introduction of the BitLicense, it was clear that New York was going to take an adversarial stance towards Bitcoin and cryptocurrencies. Attorney General Schneiderman’s views towards cryptocurrencies don’t seem to differ that much from the creators of the BitLicense.

The letters sent from Schneiderman’s office ask the cryptocurrency exchanges to disclose information about issues including: “(1)Ownership and Control, (2) Basic Operation and Fees, (3) Trading Policies and Procedures, (4) Outages and Other Suspensions of Trading, (5) Internal Controls, and (6) Privacy and Money Laundering.”

Given the fact that only six companies have even received BitLicenses to operate in New York, it will be interesting to see whether the Attorney General receives any responses from these exchanges. However, those whose first instinct would be to tell the Attorney General to pound sand have been warned that: “As part of this disclosure, we will identify any platforms that decline to provide meaningfully complete responses.” Or in other words, “We know that you don’t do business in our state but if you don’t do what we say we’ll drag your name through the mud and destroy your reputation.”

The exchanges have until May 1 to submit their responses, which doesn’t give them much time to put something together. But since certain parts of the submitted responses will be publicized, it should provide at least some useful information for Bitcoin investors to see how exactly these exchanges operate.