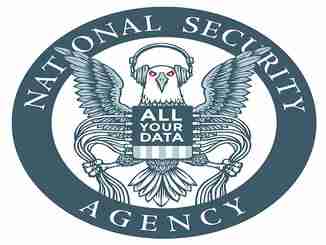 The Intercept dropped a disturbing report Tuesday morning on some classified documents from March 2013 in Edward Snowden’s possession. The documents prove that the National Security Agency has successfully targeted and tracked down Bitcoin users “around the world.” In their work to find the cryptocurrency’s weakness, they came across a “mysterious source” of data information. This data source apparently uses “the NSA’s ability to harvest and analyze raw, global internet traffic while also exploiting an unnamed software program” that was meant to offer users anonymity.

According to The Intercept, as of 2013, the NSA had been calling the program OAKSTAR. With this program, they collected covert corporate partnerships and monitored their communications. Their sub-program of OAKSTAR, called MONKEYROCKET, was able to tap network equipment that collected data from the Middle East, Europe, South America, and Asia with the purpose of attracting “targets engaged in terrorism.” The technology used for the programs “went well beyond closely examining” the blockchain by tracking “intimate details of these users’ computers.” With this information the NSA was able to collect, “putting a name to a given bitcoin user would be easy.”

Matthew Green, an assistant professor at the Johns Hopkins University Information Security Institute, told the Intercept that he co-founded and currently advises a privacy-focused Bitcoin competitor named Zcash because of what he feels are weaker privacy features in Bitcoin, Ethereum, and XRP. Green said the NSA’s abilities to get into network connections makes the “pseudonymity” of these cryptocurrencies disappear.

Snowden also discovered that Bitcoin wasn’t the only digital currency target of the NSA. The agency also worked to compromise Liberty Reserve, which, as noted by The Intercept, “was more or less designed with criminality in mind.” The site is associated with a money laundering scheme which led to its downfall when the US government took the site down and indicted its operators shortly after the NSA started to track it. The prosecution ignored the currency founder’s insistence that the government could have only known about its criminal servers with the help of the NSA. He had attempted to have his charges dismissed on the grounds that evidence was collected against him by violating his 4th Amendment rights.

According to The Intercept, the NSA claims its surveillance authority to run programs like MONKEYROCKET through Executive Order 12333. The law gives agencies such as the NSA “wide latitude to use the intelligence when investigating US citizens.” ACLU attorney Patrick Toomey has said that such laws and spy programs allow the government to unconstitutionally hide “the true sources for its evidence in court by inventing a different trail,” which prevents the accused from knowing how the government came across its evidence.

Thankfully, Bitcoin investors don’t have to worry too much about the NSA snooping into their private affairs any more than they would have to worry about the NSA snooping into any other investment account. But this news is a wakeup call that anything that is online can potentially be tracked, and not just by the government. Security is paramount when dealing with cryptocurrencies, which is why Bitcoin investors should use methods such as cold storage to keep their investments safe.