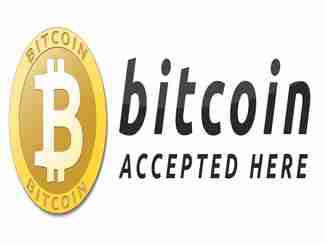 Online electronics retailer Newegg announced last week that it would begin accepting Bitcoin as a form of payment from its customers in Canada. The site, which continues to increase the size and scope of its offerings as it seeks to take on Amazon as an online shopping destination, had previously begun accepting Bitcoin from US customers in 2014. The newfound acceptance of Bitcoin use by Canadian customers showcases the ability of Bitcoin and cryptocurrencies to enhance cross-border purchases and ease the burden of making those transactions.

Both the US-based and Canada-based transactions will be processed for Newegg by Bitpay, which will relieve Newegg of many of the logistical demands that converting Bitcoin to fiat currency entails. And using that common currency for cross-border transactions should also ease the difficulty of having to convert foreign currency back to US dollars.

Newegg’s expansion of the Bitcoin payment option is great news for the Bitcoin market, as it demonstrates that Bitcoin remains viable as a payment option. While Bitcoin’s rising price late last year had Bitcoin investors holding on for continued gains, that also diminished Bitcoin’s use as a currency. Now that the price has fallen back somewhat, and transaction fees have decreased significantly as well, Bitcoin can get back to being used as money.

Ultimately it will be Bitcoin’s use as money that will determine its long-term health and viability. The more transactions that are made, the lower the per-transaction fee should be, at least in the long term. If too many Bitcoin holders were to hoard their Bitcoin and never use it, transaction numbers could fall, making it less worthwhile for miners to confirm transactions as the cost of mining continues to increase, and leading to an increase in transaction fees that could lead to a self-destructive cycle. So every further indication that Bitcoin continues to gain traction as a currency for everyday use should be welcomed as a beneficial sign.