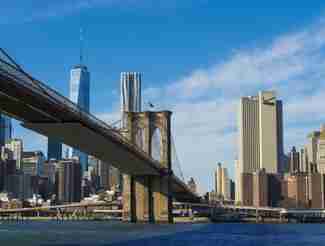 The first thing called for in the report is a “review of the impact of the department of financial services’ regulations on the development of digital currency, cryptocurrency and blockchain industries in New York state”. That should be interesting, given how New York’s BitLicense was one of the first regulatory schemes to address the cryptocurrency industry, yet has been panned by many both within and without the industry for stifling cryptocurrency entrepreneurship and driving cryptocurrency businesses out of the state.

The task force would have a pretty broad mandate, and its report would undoubtedly be an interesting read. But while it’s understandable that the legislature wants to make sure that the task force has enough time to research, write, edit, and issue a report, by December 2019 the cryptocurrency marketplace will likely look vastly different than it does today.

Much of the information contained in it may very well be obsolete by then, overtaken by events, which is one of the difficulties with taking the standard regulatory and legislative approach towards an industry that is constantly changing. A task force to look at something such as the coming insolvency of Social Security, or the necessity of changing the nutritional content of school lunches, might be something that could take a year and a half and still be relatively current. Not so with cryptocurrencies.

Of course, that isn’t to say that the task force couldn’t finish its job earlier, it’s just highly unlikely. Still, the bill seems to be progressing within the legislature. If it passes, any report the task force produces could provide Bitcoin IRA investors with good insights into New York state’s willingness to allow cryptocurrency businesses to operate within its borders. With New York City remaining the country’s dominant financial hub, it would be hugely beneficial to Bitcoin’s further development for state authorities to relax their adversarial approach to Bitcoin and allow the cryptocurrency industry to flourish.