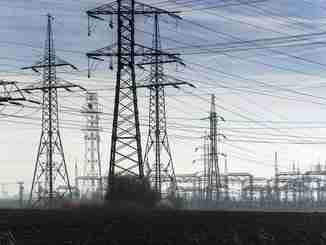 Perhaps it shouldn’t be too surprising that a state that is home to many of the world’s most powerful financial institutions has taken a decidedly negative view of Bitcoin. Whether that can be chalked up to activist politicians or the arrogance of assuming that any new financial innovation will eventually have to kiss the ring of New York City’s financial elite, New York has been the unfriendliest state in the union when it comes to Bitcoin. It all started with the introduction of the BitLicense, a regulatory framework that has ensured that New York is not at the forefront of Bitcoin innovation. And that initial frosty reception continues today, with proposals to enact higher electricity prices on Bitcoin miners.

New York State is on that list too, as its climate is relatively cool and the state creates abundant amounts of electricity from natural gas, hydroelectric, and nuclear power. And while residential electricity costs in New York are expensive, industrial costs for electricity average just under 6 cents per kilowatt hour, which enables Bitcoin miners to do better than just breaking even.

Unfortunately, those costs may increase for Bitcoin miners. The New York State Public Service Commission has ruled that municipalities in New York may charge higher rates for certain high-demand customers. The figures for demand have been calculated to ensnare cryptocurrency mining operations. In some areas of New York, cryptocurrency miners make up one-third of the local electricity demand, but according to the commission they “have few associated jobs, and make little to no capital investment in the local community.”

According to the Commission, the extra electricity production capability required to provide power to cryptocurrency miners has in some cases resulted in higher electricity bills for residential consumers. Therefore they want to pass those costs on to miners rather than citizens.

Any actions taken by New York municipalities to raise electricity prices for Bitcoin miners will likely chase those miners out of the state, and perhaps even out of the country. That won’t have any major effect on Bitcoin and won’t inconvenience Bitcoin investors, as there are still plenty of areas of the world that are happy to host Bitcoin mining companies. But it just goes to show that New York won’t be friendly to Bitcoin anytime soon.