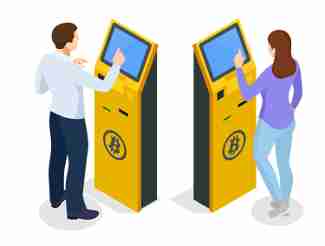 Bitcoin ATM machine operator Coinsource has finally had its BitLicense application approved by the New York State Department of Financial Services. The application, which had first been made in 2015, makes Coinsource just the 12th company to receive approval from the New York government to operate in the state. The company already has 40 Bitcoin ATMs operating in the state, having been allowed to operate under a temporary license while the BitLicense application was pending approval.

Coinsource’s Bitcoin ATMs in New York currently only allow customers to buy or sell Bitcoin through the machines. While the functionality exists to use Bitcoin ATMs to send bitcoins to other wallets, that would be considered money transmission and Coinsource is not currently licensed as a money transmitter in New York, although it hopes to be soon.

While the approval of Coinsource’s BitLicense is a good thing for the company and its business model, it’s yet another sign that the state of New York is not very welcoming of Bitcoin and cryptocurrency businesses. The fact that it would take three years to receive approval for a BitLicense means that BitLicense isn’t the greatly eased process it was touted as being. And the fact that only 12 companies have received BitLicenses means that New York will certainly fall behind most other states in terms of the strength and health of its cryptocurrency industry.

New York investors and consumers remain deprived of many of the services that cryptocurrency investors in other areas of the country take for granted, such as wallet services, Bitcoin IRAs, and many other types of Bitcoin trading and investment. And while they’ve been able to access Bitcoin ATMs for a while thanks to provisional licensing, because of the lack of competition created by the BitLicense’s restrictions New York consumers end up relying on a handful of companies for their products, something that will end up diminishing consumer choice and driving up costs.