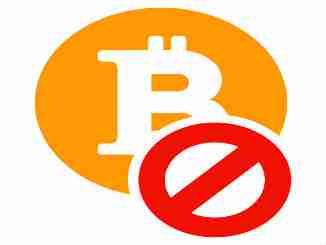 Recent reports have indicated that there may be new pan-Asian cryptocurrency regulation in the works. Regulatory authorities from China, South Korea, and Japan have allegedly met to begin discussing a common framework to regulate the cryptocurrency industry.

One of the main concerns of regulators in each of these countries is the amount of purely speculative, short-term trading of cryptocurrencies. Issues of tax compliance are becoming increasingly important too as cryptocurrencies continue to appreciate in value. And of course, issues of money laundering are of concern to the countries’ regulators as well.

While cryptocurrency markets and businesses in China, Japan, and South Korea quickly became world leaders, they all have been subject to their fair share of difficulties. The famous Mt. Gox Bitcoin heist in 2014 dethroned Japan-based Mt. Gox, which at the time was the world’s largest Bitcoin exchange. Japan has subsequently warmed up towards the idea of cryptocurrencies and enacted regulations to legalize Bitcoin businesses.

In South Korea, raids on some of the country’s largest cryptocurrency exchanges over allegations of tax evasion shocked the industry. There continue to be rumors that the South Korean government will ban all cryptocurrency trading, although those rumors alone have been enough to spur significant public backlash, so the likelihood of an outright ban is slim.

Regulatory discussion surrounding Bitcoin and cryptocurrencies are a positive sign, however, given the size of Asian markets and the amount of innovation taking place in China, South Korea, and Japan. It also indicates that those respective governments won’t be cracking down on Bitcoin and other cryptocurrencies, but rather seeking to implement a framework in which they can regulate cryptocurrencies in a manner similar to other financial products.

Once they actually start delving into the details, expect regulation that will be in line with other financial products. While cryptocurrency newcomers may fear a regulatory crackdown, there’s really nothing in the pipeline that threatens to upend cryptocurrency markets. Those who want to hold Bitcoin for the long term, such as in a Bitcoin IRA, should have nothing to fear from regulators.