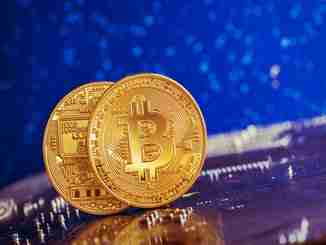 The Office of Foreign Asset Control (OFAC) announced last week that it might begin adding digital currency addresses to its list of specially designated nationals (SDN List), who US persons are prohibited from dealing with. The SDN List includes terrorists, drug traffickers, and other criminals or individuals targeted by the US government. Now that digital currency addresses might be added to the SDN List, it will throw another wrinkle into the relatively free-wheeling world of cryptocurrencies.

The SDN List relies on the fact that most financial transactions go through central repositories. Banks will use the SWIFT system for international transactions and clear transfers through correspondent banks, or clear domestic transactions through their own national central bank’s clearinghouse. Those transactions are screened against a list of people who are banned from service, so that if someone on the SDN List tries to access the US banking system he would be unable to complete a transaction.

Since Bitcoin and many other popular cryptocurrencies forgo a centralized system and instead allow users to interact with each other, placing a digital currency address on the SDN list would mean that every single person who engages in cryptocurrency transactions would potentially be liable for adhering to OFAC’s regulations. So anyone transacting with those listed addresses could be in danger of violating US laws.

Bitcoin IRA investors shouldn’t have anything to worry about, for three reasons. First, their Bitcoin custodian should be compliant with OFAC and will ensure that no transactions with listed addresses occur. Second, in most cases they will be purchasing from exchanges, to any SDN-listed addresses should already be blocked. Finally, since Bitcoin IRAs operate as part of a buy and hold strategy, investors won’t have to worry about transacting with banned individuals since they will be storing their Bitcoin safely with their custodian.