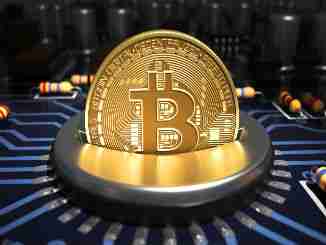 1. Anonymity: “Divi coin’s technology is designed to combat the use of cryptocurrency for illegal transactions,” she explained.

2. Securities laws: Divi is designed to pass what’s known as the “Howey Test” that the government uses to classify other cryptocurrencies and initial coin offerings as securities.

3. Taxation: “Divi’s entire system allows for the potential of taxation implementation,” the spokeswoman added. “Should the government choose to intervene in this respect, none of Divi’s value will be lost.”

Geoff McCabe, co-founder, and CEO of the Divi Project said in a blog that Bitcoin was created to be a currency, “but that hasn’t happened and probably never will. That’s because it’s been taken over by the miners, who want high transaction fees of $2 or more. They see BTC as a ‘store of value’ and it’s now fairly clear that it never needs to be used to buy hamburgers when it can instead be a digital form of gold.”

Further, despite the efforts of others to create the “Lightning Network” to make Bitcoin run faster, Divi will have a better, faster, and cheaper system, he added. “People ask me how Divi is going to compete with Bitcoin in mass adoption, when there are already millions of Bitcoin users,” said McCabe. “The answer is that it isn’t, because we’re targeting different markets. Bitcoin will be mass adopted, but as a store of value, not as a currency used for day-to-day transactions.”

The development of new cryptocurrencies such as Divi is an encouraging sign that the cryptocurrency market continues to grow stronger and more robust every day. Even better for investors who hold Bitcoin IRAs, these new competitors acknowledge Bitcoin’s place as the preeminent cryptocurrency. Every competitor to Bitcoin will spur Bitcoin’s developers to continue improving Bitcoin, delivering additional benefit to investors.