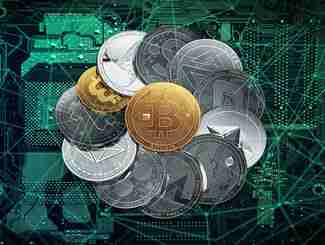 A recent survey of cryptocurrency executives found that 86 percent of them favor industry self-policing through development of common standards, and 89 percent favor formalized self-regulation. As regulators around the world begin to take a closer look at cryptocurrency exchanges, wallet providers, and other businesses providing products and services to the cryptocurrency industry, self-regulation offers a number of benefits.

As one executive quoted in the survey stated: “We’d rather be leading the path forward than following behind.” That’s an important point for an industry that is guaranteed to face regulations of some sort. Cryptocurrency firms can either band together to form their own operating rules and regulations or they can subject themselves to the whims of government regulators.

The financial industry in the United States has long been familiar with the concept of self-regulation, as self-regulatory organizations (SROs) such as the Financial Industry Regulatory Authority (FINRA) for the brokerage industry exist to police individuals and businesses. Cryptocurrency businesses in both Japan and South Korea have already developed SROs to create common standards and regulate the industry. That doesn’t mean that government regulators have taken a back seat, far from it. They still are involved in making sure that exchanges are compliant with anti-money-laundering (AML) and know your customer (KYC) regulations. But in other areas the SROs are taking the lead.

When we might expect self-regulation in the United States remains to be determined. It’s obvious that many senior executives in the industry are on board with self-regulation, but someone needs to take the bull by the horns and get something started. Legal and regulatory concerns remain one of the primary concerns for cryptocurrency executives, so if they want to assuage those concerns then they need to get moving.

Establishment of an SRO would provide peace of mind not just for executives but for investors too. For investors who want to invest in longer-term cryptocurrency investment vehicles such as a Bitcoin IRA especially, an SRO could establish solid ground rules for companies to operate under. In any event, the rules and regulations set up by an SRO would likely be far more responsive to the needs both of businesses and investors than regulation established by government regulators.