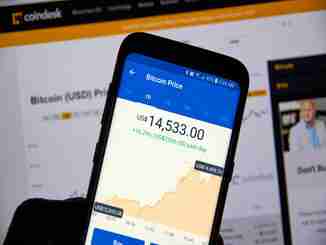 This week has been another busy one in the cryptocurrency world. Here are some of the top news items making the rounds today.

Acting Deputy Treasury Secretary Sigal Mandelker recently called for the international community to enact stronger global cryptocurrency regulations. Mandelker, who is Treasury’s Under Secretary for Terrorism and Financial Intelligence, made the remarks at an anti-money laundering (AML) conference sponsored by the Securities Industry and Financial Markets Association (SIFMA). Her remarks focused on the use of cryptocurrencies by criminals, terrorists, and rogue regimes.

Salon Wants to Use Readers’ Computers to Mine Monero

Online news magazine Salon is attempting to use its readers’ computers to mine the cryptocurrency Monero, asking readers with ad-blocking software to use their computers’ processing power. Since Salon, like many other online publications, relies on advertising revenue to make money, ad-blocking software and plug-ins can directly harm the magazine’s bottom line by leading to decreased revenue from advertisements.

Those users using ad-blocking software are being met with a pop-up prompting them to choose between disabling their ad-blocker or allowing Salon to harness the reader’s computer processing power to mine Monero. According to Salon, the magazine will only mine Monero as long as the reader remains on the Salon website.

Given the recent emergence of malware that hijacks web browsers on users’ smartphones and computers to mine Monero or other cryptocurrencies, the idea that a well-known company might actually seek to engage in the same type of activity on its readers’ devices has put many people off. Time will tell whether Salon’s move is a financial success or whether reader backlash will force the magazine to reconsider.