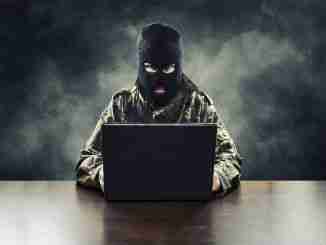 Crypto critics felt vindication after years of warning that digital money could be used by the likes of terrorists. According to Time, a woman born in Pakistan and residing in Long Island is accused of laundering Bitcoin and other cryptocurrencies and wiring the money overseas to ISIS. Zoobia Shahnaz, 27, has been charged with bank fraud, conspiracy to commit money laundering, and money laundering. It is unclear how long she has been in the US and she had no known criminal history.

A former lab technician, she quit her job in June without telling her family and had been sending several wire transactions “to individuals and opaque entities in Pakistan, China, and Turkey,” after she fraudulently obtained more than $85,000 through a bank loan and credit cards to buy the cryptocurrencies. Court documents show that her intent was to benefit ISIS and that she “ultimately sought to join in Syria.”

Shahnaz had visited several ISIS propaganda websites and message boards, which led to her traveling to Jordan and then making plans for Pakistan. She was caught on her way to Pakistan at a layover in Istanbul, Turkey, which prosecutors pointed out is a common point of entry for individuals trying to join ISIS.

However, Shahnaz’s attempt to send Bitcoin to ISIS is still a rare event. According to Foreign Affairs, since most “cryptocurrencies afford only limited anonymity and it is difficult to quickly transfer large amounts of money through these systems,” they do not appeal much to terror networks. Plus, there is the logistical problem of having “limited acceptance of digital cash in regions such as the Middle East and North Africa.” And “ISIS receives most of its funding from sources that require control of territory,” such as oil, extortion, and stolen property.

While Shahnaz’s actions of criminally using Bitcoin to help a violent terrorist organization are disturbing, it is good to know that Bitcoin has not become a common finance method for terrorists and it is hard to say if it ever will.