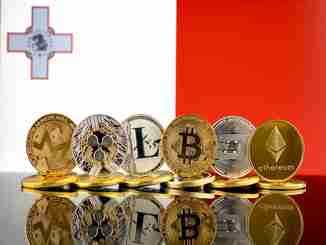 Binance, the world’s largest cryptocurrency exchange, is also planning a move to Malta. This comes after the company’s continued operation in Japan has come under question. Both Binance and OKEx were originally founded in China, and have found themselves having to adjust their operations in the aftermath of the Chinese government’s crackdown on cryptocurrency trading.

Due to the online nature of cryptocurrency exchanges, attempting to shut them down in one physical locality was always doomed to failure. All it takes is enough servers hosted in the right locations in order for business to proceed as usual. And with Malta being a member of the EU, the fact that some of the world’s largest exchanges are moving to Europe could be very bullish for the future of Bitcoin and other cryptocurrencies.

Huobi, the world’s second-largest exchange, is starting up its US operations. With so many of the world’s largest exchanges moving to the West, that should benefit European and American cryptocurrency investors. While American Bitcoin and Bitcoin IRA investors have been reliant on Coinbase for many years, the possibility that more major exchanges may begin operations in the West could open up increased options for investors to purchase Bitcoin and other cryptocurrencies.

More importantly, the fact that these large cryptocurrency exchanges are beginning operations in Western countries means that they will be better integrated into the world financial system than they were at their beginnings. That will help to drive the growth and maturation of the cryptocurrency world and help continue the mainstreaming of Bitcoin and cryptocurrencies and overcome any remaining stigma that cryptocurrencies may still have in certain corners of the financial industry.