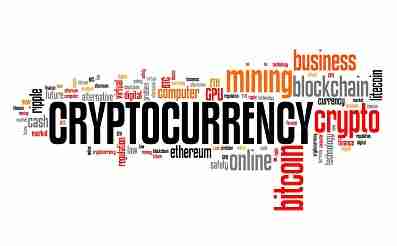 Cryptocurrency has a rich vocabulary to say the least. The slang, jargon, and acronyms associated with crypto trading can boggle the mind. If you’ve ever spent time puzzling over a blog post or trying to decipher a Twitter feed about cryptocurrency, then you already know how frustrating crypto terms can be. And unfortunately, all of the unfamiliar lingo can make some investors nervous.

That’s understandable. It’s hard to know how to proceed as an investor when you’re not sure you comprehend the language being used. In point of fact, though, there is nothing magical or mysterious about cryptocurrency. It’s surprisingly easy to understand once you learn some of the common phrases used in the field. This article will demystify some of the more common cryptocurrency terms that get tossed around in connection with the digital asset.

What is a node? What is a hard fork? Here are some of the most common crypto terms associated with the blockchain and the currency itself.

Altcoin: A cryptocurrency other than Bitcoin. Bitcoin, which first appeared in 2009, is the oldest and best-known form of virtual currency. Other, newer cryptocurrencies, like Litecoin and Ethereum, are known as altcoins. There are thousands of altcoins currently on the market.

Blockchain: An immutable digital ledger containing a full record of all of the transactions that have been carried out using a given cryptocurrency. The data on the blockchain is stored in a series of blocks of a fixed size. A blockchain functions like a huge, encrypted database. Because it is decentralized, there is no one master copy of the blockchain for hackers to target.

Faucet: an app or website that hands out cryptocurrencies to users in return for carrying out simple tasks, like watching advertisements or completing quizzes. The goal of the faucet is to increase public interest in cryptocurrencies by distributing digital currency.

Fiat: Currency issued by a government. The US dollar is an example of fiat currency; so is the Euro, the British pound, and the Japanese Yen.

Fork: a fork occurs when a blockchain changes the protocol that it uses to verify transactions. This can happen in the (unusual) event of a blockchain being hacked. It can also happen when users have a major disagreement about verification protocols. There are two distinct types of fork.

Gas fees: A unit of measurement used on the Ethereum network. “Gas” refers to the amount of computational energy needed in order to carry out each individual transaction.

Halving: also known as a “halvening,” an event that occurs approximately every four years which halves the amount of Bitcoin that is created every day. Halvings are a key feature of Bitcoin’s scarcity model and are thought to drive up the cryptocurrency’s value. The next halving will take place in April 2024.

Hash rate: Measures the speed at which a blockchain (like Bitcoin or Ethereum) is able to both mine currency and verify transactions.

Mining: the process of solving complex mathematical problems (with the help of powerful computers) in order to verify transactions on the blockchain. In return for successfully verifying transactions, the “miner” is given a certain allotment of cryptocurrency.

Node: A computer connected to a blockchain. Because the blockchain is decentralized, it essentially consists of a network of nodes, which share access to information on transactions and other data stored on the network.

Sharding: A means of breaking up the blockchain ledger so that it is more easily managed by each node. Sharding becomes essential as blockchains grow too large to be carried by most computers.

Token: A digital “coin” issued by a given cryptocurrency. Each cryptocurrency has its own tokens, which can be used to trade for other tokens or to buy goods and services online. Tokens are virtual; some sites do sell physical coins, but they have no value as currency.

Wallet: A virtual location that investors use to store their virtual currency. A wallet contains a private key, also known as a seed, which allows investors to buy, sell, and trade cryptocurrencies. There are several kinds of wallets.

If you’re not sure what a whale is — or if you’ve ever wondered what HODL really means — just keep on reading to find out. Note that some of the terms used by crypto investors overlap with the terms that stock traders use. This article focuses on the terms that are unique to crypto.

FOMO: Fear of Missing Out. The term is used in everyday life but has a special place in digital currency circles. In crypto terms, FOMO refers to the fear of missing out on an investment opportunity or on a chance to reap profits from a sale. Investors should be cautious not to make risky decisions because of FOMO.

FUD: Fear, uncertainty, and doubt. A vague and pointless sense of uncertainty deliberately spread by investors who want to see the price of a cryptocurrency drop.

HODL: This term, exotic as it sounds, simply means to hold cryptocurrency instead of selling when the price drops. The term was born when a certain Bitcoin investor posted a drunken rant on a message board. Some people also define the term with the useful acronym Hold On for Dear Life.

ICO: Initial Coin Offering. A fundraising opportunity, similar to IPOs, at which a startup sells new cryptocurrency tokens to investors.

Pump and Dump: The practice of “pumping” one particular cryptocurrency by buying it in large quantities and motivating others to invest in it, with the goal of increasing its value, only to “dump” the currency to make a quick profit. “Pumping” is sometimes also referred to as shilling.

Whale: An investor who owns a very large amount of cryptocurrency. A whale’s sizeable holdings give him a degree of influence over the market.

Let’s be clear — this list is not an exhaustive source on all the crypto terms out there, nor will it provide you with everything you need to know in order to begin trading in the new asset. Most of the time, crypto investors do best when they are working with an experienced partner.

Don’t let FUD hold you back from taking advantage of the tremendous opportunities that cryptocurrency represents. Contact Coin IRA today to learn more about the potential of cryptocurrency in your investment future.