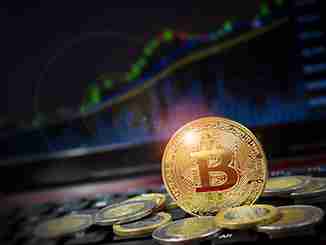 Not surprisingly, Bitcoin tops the survey as the most popular cryptocurrency option. That first mover advantage is working to Bitcoin’s favor. Investors also liked Ethereum, XRP, and Litecoin, which they believed offered the most potential for longer-term growth. It’s a positive sign that investors continue to think that Bitcoin and Ethereum will remain the top two cryptocurrencies despite the fact that the stratospheric growth of the past few years may very well be over.

For existing Bitcoin IRA investors the results of this survey highlight the fact that investing in Bitcoin was a smart move. Not only has Bitcoin established itself as the dominant cryptocurrency through its first mover advantage, but Bitcoin investors who got in on the ground floor reaped much of the gains through their foresight. That isn’t to say, however, that there won’t continue to be gains in the future.

While Vitalik Buterin may be correct in saying that the massive growth seen in the cryptocurrency sphere may not be replicated in the future, there is still significant room for growth. As this survey shows, Bitcoin is still years away from mainstream acceptance. With significant room to continue to grow and more and more people interested in investing in Bitcoin because of its long-term potential, the prospects for Bitcoin and other cryptocurrencies continue to look bright.