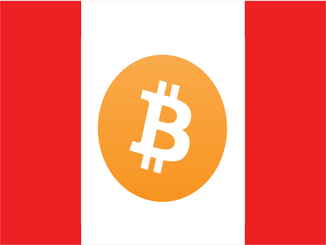 The survey was taken during December 2017, a time at which Bitcoin was reaching its peak price and perhaps also its peak popularity around the world. Newspapers around the world reported on Bitcoin’s meteoric rise, which helps to explain the level of awareness in Canada of Bitcoin. In the 2017 survey 85 percent of Canadians responded that they were aware of Bitcoin, versus only 64 percent in the 2016 survey.

Ownership of Bitcoin also increased significantly in 2017 versus 2016, with 5.0 percent of Canadians claiming to own Bitcoin, versus 2.9 percent in 2016. That’s an over 70 percent increase in ownership in just one year. Most of that growth occurred in the 18-24-year-old age group, with ownership nearly doubling from 6 percent to 14 percent. The 45-54-year-old cohort also saw a significant increase in ownership, rising from 0.9 percent to 3.5 percent.

In total it was estimated that Canadians accounted for 11 percent of total Bitcoin ownership in 2017, a pretty significant amount for a country of only 36 million people. And while the majority of Canadian Bitcoin owners held less than one bitcoin, 21 percent of respondents owned between 1 and 10 bitcoins and 10 percent owned more than 10 bitcoins.

The change in ownership from transactional currency to investment asset mirrors changes in the United States, too, where Bitcoin has become an increasingly popular investment asset. With more and more investment options, including Bitcoin futures, Bitcoin IRAs, and other investment vehicles, Bitcoin continues its reign as the ne plus ultra, the cryptocurrency by which all other cryptocurrencies are judged.