MailChimp Becomes Latest Company to Crack Down on Cryptocurrency Marketing 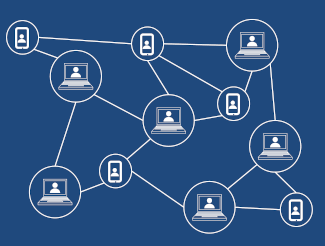 In what seems to be a growing trend among tech companies, email distribution company MailChimp has become the latest company to crack down on marketing and advertising of cryptocurrencies. MailChimp will no longer allow companies involved with cryptocurrencies to use MailChimp’s services for email campaigns, as the company believes that cryptocurrencies are “too frequently associated with scams, fraud, phishing, and potentially misleading business practices.”

MailChimp’s new policy states that the company will not allow “businesses involved in any aspect of the sale, transaction, exchange, storage, marketing or production of cryptocurrencies, virtual currencies, and any digital assets related to an Initial Coin Offering, to use MailChimp to facilitate or support any of those activities.”

As with the crackdowns by Google, Facebook, and Twitter, small businesses will be most disproportionately affected by MailChimp’s actions. More established companies and those who use other email vendors most likely won’t see any negative repercussions. However, if other email vendors begin to adopt similar policies, then it could affect some companies’ operations.

While everyone wants to see fraudulent actors driven out of the marketplace, punishing those who haven’t engaged in fraudulent activity because of some bad actors isn’t the best way of going about that. And when large, well-known companies such as MailChimp take such actions, it helps to solidify in the minds of the general public that cryptocurrencies are just a fraudulent scheme to part gullible investors from their money.

In the long term, however, these actions won’t have any negative effects on the cryptocurrency world. There is still so much discussion of cryptocurrencies that word of their many benefits will get out regardless. And investors who intend to buy Bitcoin and other cryptocurrencies will still be able to gain enough information to do their due diligence before investing. Once Bitcoin and cryptocurrency markets become fully mature and fraudulent actors are forced out, you can expect these bans to be eased and eventually lifted.