Litecoin Moving Into the Banking Arena? 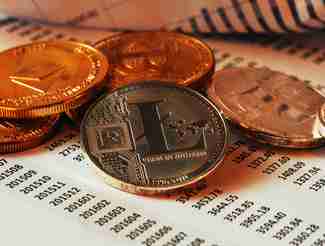 The Litecoin Foundation has recently taken a step into the financial services world by taking a 9.9 percent stake in a German bank. The acquisition of that stake in the bank was undertaken in cooperation with a crypto startup called TokenPay. TokenPay is a Swiss company that seeks to establish a cryptocurrency payment platform that would include banking services and debit cards.

TokenPay has applied to German regulators for permission to purchase the additional shares of the German Bank, WEG Bank, as ownership of more than 9.9 percent of a bank requires government approval. It is envisioned that TokenPay would potentially piggyback on Litecoin’s blockchain, and that Litecoin founder Charlie Lee would obtain a seat on WEG’s board.

If successful, TokenPay’s move could potentially allow Litecoin users to purchase goods and services using Litecoin-denominated debit cards, as well as make it easier for owners of Litecoin to buy and sell the cryptocurrency and to access banking services for their cryptocurrencies. At this time it’s not known how long it might take regulators to approve the final takeover of the bank, but the overall success of the project will hinge on that approval.

This venture demonstrates some of the exciting possibilities that can emerge when cryptocurrency concepts are merged with traditional financial services. Because of Litecoin’s smaller market capitalization and user base, something like this is perhaps more feasible with Litecoin than with Bitcoin. But it still offers a tantalizing look at the possibilities that could exist for Bitcoin in the future too.

If similar ventures were to be undertaken in the Bitcoin world, it would offer investors many new and exciting possibilities. While Bitcoin IRAs are a popular investment choice already, the ability to hold Bitcoin in bank accounts, buying and selling and it easily through a Bitcoin-denominated account, and using Bitcoin-denominated debit card would make Bitcoin an even more popular choice for investors.