Litecoin vs. Bitcoin: Is Litecoin the “Silver” to Bitcoin’s “Gold”? 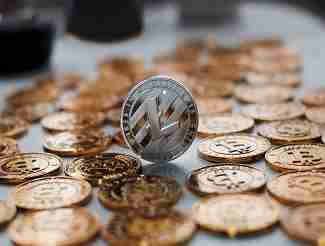 The fact that there are over 4,000 cryptocurrencies out there is a clear indicator of the rapid growth of the crypto market. Admittedly, a great number of the newly-released coins decay as fast as they appear, leaving no significant mark behind. However, some of them have managed to cope with early-stage challenges and gain a firm position in market-cap charts.

Still, all successful altcoin stories seem to be perceived in reference to Bitcoin (BTC). It’s quite understandable, as Bitcoin’s features and behavior provided the basis for the initial development of the entire blockchain industry. One of those successful examples is Litecoin (LTC). It was launched in 2011, only two years after BTC.

In this article, we’ll focus on the similarities and differences of BTC and LTC from several aspects. Before we set off, note that this isn’t a competitive comparison, as Litecoin wasn’t invented with the purpose of dethroning Bitcoin. On the contrary, with improved accessibility and transaction speed, Litecoin aims at enhancing Bitcoins’ effort for a more natural environment as a value reserve. Let’s examine the way they do this.

The Histories of Bitcoin and Litecoin

The idea of decentralized finance was actualized in the late 1990s, but it wasn’t until 2009 when the pseudonymous author (or team) of Satoshi Nakamoto introduced this new concept to the public by sharing the link to the whitepaper Bitcoin: A Peer-to-Peer Electronic Cash System.

Bitcoin was the first cryptocurrency traded without an intermediary to control asset flow and transactions. According to the creator(s), the invention of Bitcoin resulted from the need for “an electronic payment system based on cryptographic proof instead of trust”. Despite the hardships Bitcoin has faced – including sharp price fluctuations, cyberattacks, and public hesitation – it turned into a significant global, financial phenomenon of the 21st century.

Litecoin, on the other hand, was launched in 2011, by a former Google employee named Charlie Lee, who saw great potential in the blockchain industry. The new cryptocurrency was created with the clear vision of complementing the new promising concept of an anonymous and trustless financial system. It openly supported Bitcoin’s key objective by improving the blockchain network’s integrity. That being said, Litecoin offered a faster and technically improved version of Bitcoin, which was making its way towards mainstream recognition.

However, it wasn’t an easy road for Litecoin either. The system experienced serious network issues and it seems that trust from the community wasn’t fully secured until 2013, following the release of the 0.8.5.1 Litecoin. Litecoin has kept its position among the top ten ranked cryptocurrencies in terms of trading volume and market cap in the past several years.

Similarities Between Litecoin and Bitcoin

In addition to a shared vision, quite a few similarities between Bitcoin and Litecoin are observable at first sight. The way they complement each other is compared to gold and silver.

Both Litecoin and Bitcoin operate on a proof-of-work model as a secure method to prevent double-spends. In a nutshell, this system stands for a method by which altcoins are acquired through mining. It includes generating, authenticating, and adding the cryptocurrency to the blockchain ledger. Litecoin and Bitcoin’s PoWs systems aren’t identical, but they do share the fundamental features.

According to users, the Litecoin transaction execution reminds them of what they’ve already experienced on the Bitcoin blockchain. Both cryptocurrencies can be purchased on a crypto exchange platform or rig-mined. Furthermore, both require a digital or hardware wallet to ensure the safe storage of users’ funds before and after the transaction process. We can also note that both Litecoin and Bitcoin have gone through critical price volatility caused by the general public demand. This has also created the need for applying local finance and anti-money laundering regulations.

Differences Between Litecoin and Bitcoin

Similarities between Litecoin and Bitcoin are mainly what we consider to be core operating principles. The list of differences between these cryptocurrencies is slightly longer.

The most distinctive dissimilarity between Litecoin and Bitcoin lies in their market cap, which indicates the asset’s value on the market based on the number of outstanding coins multiplied by the current coin price. As of the early months of 2021, Bitcoin’s value has been $1 trillion, which is incomparably higher than the Litecoin value of $13.7 billion.

There are several factors contributing to this huge price gap. The time factor is perhaps the most obvious one, but it’s not the main reason why Bitcoin has been superior concerning market cap figures even to the second-largest cryptocurrency Ethereum, whose market cap has been estimated at $475 billion. It’s the role of Bitcoin as a cryptocurrency leader that has generated such a far-fetched cap record score.

Another distinguishing point of utmost importance is the total number of assets that each coin can produce. The Bitcoin system is designed not to exceed the number of 21 million “pieces” of Bitcoin, whereas the total supply of Litecoin can go up to 84 million. This may appear as a point for Litecoin due to the psychological perception of buying whole units for a lower price.

However, it doesn’t really mean much in real-life trading since both Bitcoin and Litecoin can be divided into smaller units. Bitcoin’s “cents” are known as satoshis, the lowest fraction to which Bitcoin can be “broken into”. One Satoshi equals one-hundredth millionth of a Bitcoin. Litecoin applies the same math, but its smallest units are called Litoshi.

Even though both networks deliver real-time transactions, transaction speed was one of the imperatives in the creation of Litecoin, so it outperforms Bitcoin in the time required for transaction confirmation by the counterpart participant. In numbers, the average confirmation time of Bitcoin is nine minutes per transaction. This includes all courses of action during which the code is verified and recorded on the blockchain, for which Litecoin requires only 2.5 minutes.

The transaction speed factor is undeniably advantageous for the overall image of Litecoin, but it’s not the deciding one when choosing your potential asset for investment.

What was described above as a general similarity between Bitcoin and Litecoin regarding the PoW system does in fact contain certain differences on a more technical level. To begin with, Bitcoin and Litecoin use different cryptographic algorithms. The former employs the traditional SHA-256, while the latter employs a relatively new Skrypt algorithm. This affects the mining process since, in both Bitcoin and Litecoin, the process of acquiring coins by mining requires a great amount of computing power.

As of 2021, the mining reward on Bitcoin’s blockchain is 6.25 BTC. They appear every ten minutes and secure the predictive character of Bitcoin’s supply by automatically adjusting the difficulty of the SHA-256 equations.

Litecoin applies Skrypt, a memory-intensive hashing algorithm that was created with the purpose of deterring ASICs and GPUs, making the Litecoin network accessible to personal users, which is the target audience of Litecoin. In the beginning, all users were allowed to mine LTC with their CPUs, but now there are Skrypt-compatible ASICs as well.

A Few Words Before You Go…

We hope that we conveyed the main points you should consider when comparing the features of LTC against BTC. Litecoin is a complement to Bitcoin rather than a direct competitor on the market. Therefore, it’s impossible to pick a winner or imply in any respect as to which one is better investment material. Litecoin tends to be a more practical medium of exchange while Bitcoin has turned out to be a well-established store of value. The choice depends on your personal trading preferences and your purpose as a potential crypto investor.

If this article managed to spike your interest in the prospects of crypto investments, contact our experienced Coin IRA team. They’ll help you decide on the best crypto path for your individual preferences and needs.