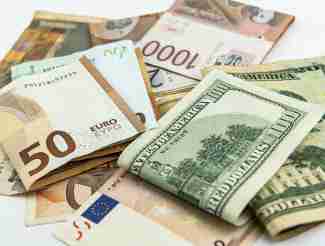 Facebook’s Libra cryptocurrency project is supposed to be a stablecoin of sorts. But rather than tying itself to a single currency like many current stablecoins, Libra is supposed to invest in a basket of currencies. It’s an interesting concept that’s been floated as a possible backing for many government-issued currencies, but no one really knew how it would work in practice. Now we know just what Facebook plans for its currency basket.

According to German media, 50% of Libra’s currency basket will be backed by US dollars. Another 18% will be backed by the euro, 14% by the Japanese yen, 11% by the British pound, and 7% by the Singaporean dollar. That’s an interesting breakdown of currencies, although it’s still not certain whether these will be currencies themselves or whether Libra will also invest in debt securities issued by the governments that use those currencies.

As with many other aspects of Libra, central bankers have come out swinging, assailing what they see as a threat to their public policy. Libra is, first of all, a competitor to existing central bank-issued currencies. But because Libra is backed by other currencies, moves made by Facebook to purchase currencies or reallocate the currency basket backing Libra could have effects on those currencies with which central banks would then have to contend.

It’s clear that central banks will likely choose one of two different paths with respect to Libra: they’ll either try to regulate it out of existence, or they’ll speed up their own development of central bank cryptocurrencies in order to defeat Libra through competition. Either way, Libra’s days may be numbered.

Of course all the attention on Libra means that Bitcoin is able to continue growing in the shadows. It continues to spread throughout the world, being adopted by both consumers and investors in ever greater numbers. By the time central bankers make their decision about Libra, it will too late to shut down Bitcoin.