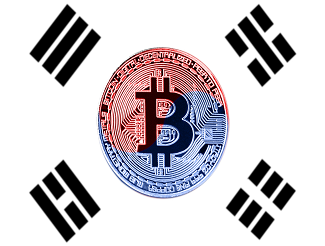 While the investigation is ongoing, Upbit claims that customers will still be able to make transactions and withdraw their funds, despite prosecutors having seized hard drives and accounting records. UPbit recently surpassed Bithumb to become the largest exchange in South Korea and the 4th-largest in the world.

The investigation into Upbit comes at the same time as South Korea’s Financial Services Commission is taking a closer look into all of South Korea’s cryptocurrency exchanges. The Commission is looking to see whether South Korean cryptocurrency exchanges are in compliance with anti-money laundering (AML) regulations and are taking the proper steps to discourage fraud. The primary target of that increased scrutiny is Bithumb, the former largest exchange in the country, but other exchanges will be drawn in too.

The investigations by South Korean authorities have put downward pressure on Bitcoin’s prices over the past week, helping to drive the price below $9,000 as investors express unease about the future of South Korea’s exchanges and about the possibility of fraudulent transactions. It is unclear whether the allegations surrounding UPBit are related to naked short selling or outright fraudulent sale of non-existent assets.

While naked short selling, the sale of assets that the seller doesn’t actually own, is a relatively accepted, if discouraged, tactic in shorting financial assets in the United States, it would be difficult to apply to cryptocurrencies due to blockchains having a record of assets and transactions. If an exchange, and particularly such a large one as UPBit, were found to have engaged in outright fraudulent transactions, it could shake the reputation of the exchange and cause distrust among cryptocurrency investors.

This serves as yet another reminder to Bitcoin IRA investors only to deal with trustworthy businesses with established track records in order to minimize your susceptibility to fraud. And it’s also another reminder that your Bitcoin assets are most secure when they’re held offline in cold storage. If you choose to store your funds online and the firm you trust ends up the target of an investigation, your funds could be in limbo and unavailable to you when you need them most.