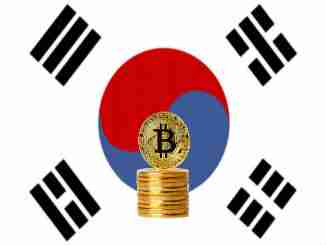 South Korea and Japan are both accountable for approximately 70 percent of global Bitcoin trades, with South Korea being the third largest Bitcoin market. Now, South Korea’s biggest bank is preparing to join in on the cryptocurrency market, leading most of the banking world that by-and-large still can’t shake its fears of the digital currency world.

According to Bloomberg, Shinhan Bank is “in the process of selecting a company to test a bitcoin [sic] vault and wallet platform.” Upon regulatory approval, the service will likely be launched by mid-2018. Shinhan will be developing “a test server for the vault service to store the cryptocurrency safely, a mobile application to use the service, and statistical and analytical tools.”

Aside from the private sector, however, the South Korean government remains skeptical of cryptocurrencies. Finance Minister Kim Dong-yeon has said the government is considering taxes on the digital currency and South Korea’s Prime Minister Lee Nak-yeon has expressed concern that young Koreans are using the system for illegal activities and fraud.

But since the South Korean government believes that cryptocurrencies are used in speculation, not as payment tools, the Financial Supervisory Service (FSS) has said that they are not a “legitimate currency” and they have “no plans” thus far to supervise Bitcoin trading. This may change soon, though, since the day that Bitcoin hit $11,000 it was reported that South Korea’s Goto Mall, the largest underground mall in the nation, will soon be accepting Bitcoin in every store.

The Goto Mall has 620 stores and about a half-million people per day, on average, walk through the recently renovated shopping center. Moreover, according to PaymentWeek, the mall has established its own cryptocurrency exchange by teaming up with the local exchange HTS Coin to create a smart payment system accessible by mobile app. The operation could also be a huge convenience for travelers who don’t want to deal with foreign currency exchanges.

Such exciting developments in the cryptocurrency world at the same time Bitcoin and other digital currencies are hitting record highs are great news for crypto advocates.