Just How Secure Are Cryptocurrency Transactions? 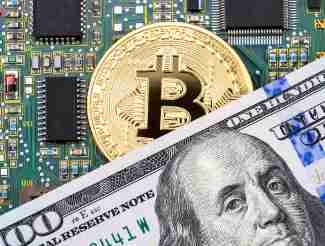 One of the highlights of Bitcoin when it was first introduced was the relative anonymity with which Bitcoin users could buy, sell, and trade Bitcoin. While all transactions are recorded on the blockchain, they merely record which addresses sent Bitcoin where, with no one being able to tie a single address to an individual person. And with the ability to create multiple addresses to hold Bitcoin, users could effectively anonymize their transactions.

The ability to continue doing that has been greatly impeded in recent years by the application of know your customer (KYC) and anti-money laundering (AML) regulations to Bitcoin. Now exchanges have to maintain records of their users and make those available to law enforcement when requested for investigation into money laundering, terrorist financing, tax evasion, or other crimes. And while no one outside exchanges is supposed to know at any given time which Bitcoin addresses correspond to which individuals, the continued attacks on exchanges by hackers could theoretically lead to information being leaked publicly that ties various individuals to specific Bitcoin addresses.

That’s all the more reason to keep your Bitcoin assets decentralized and spread out among different wallets and potentially even different custodians. With a Bitcoin IRA, you have the option of cold storage, keeping your Bitcoin wallet(s) offline and thus away from the prying eyes of hackers. And because Bitcoin custodians aren’t nearly as popular a hacking target as major exchanges, the odds of your Bitcoin holdings being discovered and tied to you are quite small.

While the ability to unmask the identities behind Bitcoin addresses might leave some people scared, the reality is that that’s not really any different that current online purchases, in which we provide our full names, addresses, etc. Bitcoin allows anonymity at the point of sale even though, like every other financial transaction, it might be subject to government oversight or surveillance at some point after the fact. Fears about Bitcoin’s anonymity being overcome in real time are unfounded, which continues to give Bitcoin the clear edge over fiat currencies.