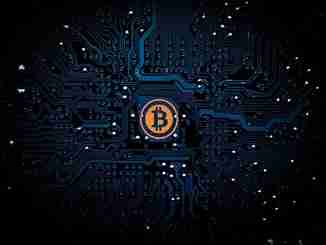 Federal authorities in California recently arrested a Serbian national in connection with a hacking attack on a San Francisco video game company. Arrested at San Francisco International Airport as he attempted to board a flight to Serbia, Martin Marsich was accused of accessing 25,000 accounts that customers could use to purchase in-game items. Using the information from those accounts, Marsich was able to obtain in-game currency to buy and sell in-game items, allegedly causing losses of $324,000 to the company. But what makes this case unique is that the judge required Marsich to use cryptocurrency if he wanted to post bail.

The judge in Marsich’s case allowed him to be released to a halfway house on the condition that he post $750,000 in bail in the form of cryptocurrency. It wasn’t clear from the government’s press release if that was a specific cryptocurrency such as Bitcoin, or if it was in the form of the in-game currency he supposedly pilfered. Still, the fact that bail had to be paid in cryptocurrency was interesting. While that may not be the first time that bail has been requested in cryptocurrency, as judges can require bail be paid in assets and not money, it’s still an indication that cryptocurrency is no longer seen as a fringe asset but is considered to be a stable enough source of value to be used for bail payments.

That should be encouraging news to Bitcoin investors who may be wavering about Bitcoin’s long-term potential. It obviously is now viewed as an asset just as valuable and desirable as precious metals, real estate, or other similar assets. And while you’re hopefully not going to need to dip into your Bitcoin IRA to pay bail money, it’s nonetheless good to know that cryptocurrencies, rather than fading into obscurity and oblivion, continue to make headway in the world today.