Japan Calling on G7 to Respond to Digital Yuan 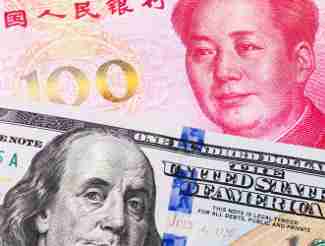 While the rollout of China’s digital yuan appears to have been delayed by the onset of the coronavirus, the People’s Bank of China does still plan to launch its digital currency sometime soon. When the digital yuan is finally launched, it could very well upend the international monetary order. And that has some countries on edge.

Japan has proposed sharing information with the United States and other G7 partner countries in order to counter the potential threat of the digital yuan to the US dollar’s supremacy in world markets. One of the fears of the digital yuan is that by digitizing a currency that has up till now been only weakly available on international markets, it can help internationalize the yuan and make it a viable currency in international transactions that can rival the dollar.

While many people expect the dollar to be dethroned eventually as the world’s reserve currency, if the digital yuan speeds up that process, it could destabilize the US economy, the economies of US partners, and completely shake up international trade relations. Those countries such as Japan that aren’t in China’s orbit and that want to remain outside China’s orbit have every incentive to keep the US dollar strong, lest their financial positions deteriorate along with the dollar.

Japan remains the largest holder of US Treasury debt, with nearly $1.2 trillion worth of holdings as of November 2019. If the yuan were to dethrone the dollar, the value of those Treasury holdings would decline precipitously. Of course, China’s holdings are around $1.1 trillion, so its financial position would be hit too. But with trillions of dollars worth of reserves, the Chinese government could probably afford to take the hit. With a debt to GDP ratio of over 250%, it’s unlikely that Japan could take such a hit.

It seems that the US Federal Reserve is keeping a close eye on developments in China too, as Fed Governor Lael Brainard recently spoke about how the Fed is doing its own research into central bank digital currencies, with the relentless spread of cryptocurrencies finally pushing the Fed off the fence. Once unwilling even to discuss the idea of a digital dollar, the Fed is now forced to play catch-up with China. Let’s hope that it isn’t too late.