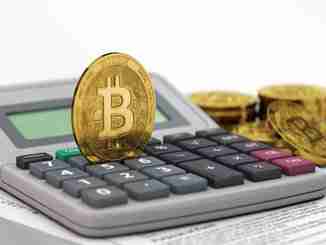 There are only two things in life that are inevitable: death and taxes. And as with any new and growing market, governments are increasingly targeting cryptocurrencies to ensure that they are able to take their cut from the market’s growth. Those who thought they could get rich without the government getting its share of the profits will find out the hard way that they were sorely mistaken.

The Icelandic government is mulling the idea of taxing cryptocurrency mining, as miners have flocked to Iceland to take advantage of its cheap geothermal electricity and cold temperatures. But electricity usage from mining is expected to exceed all household electrical usage in 2018. That’s of concern to the government, which wants to ensure both that Icelandic households won’t be suffering from a lack of electrical supply and that companies adding value to the Icelandic economy pay their fair share of taxes.

Bitcoin investors in Japan will face tax rates of between 15 and 55 percent on their Bitcoin holdings, as cryptocurrency gains are considered different from gains made on stocks and foreign currencies. Indian tax authorities, too, are coming after Bitcoin investors in an attempt to gain extra tax revenue.

One of the many advantages offered by a Bitcoin IRA is its protection from immediate taxation. Just like a traditional IRA, a Bitcoin IRA offers cryptocurrency investors the opportunity to invest in Bitcoin with pre-tax dollars and allow those holdings to grow tax-free until they decide to make or are required to take a distribution. Investors can even roll over existing assets from an existing 401(k), IRA, or similar retirement account to make that Bitcoin investment.

Since taxation is deferred until distribution, the Bitcoin IRA can grow and accrue gains without the investor having to worry about paying taxes in the short term. And given the continuing growth and maturing of the cryptocurrency market, the future tax regime for cryptocurrencies may end up being better than the current one, giving Bitcoin IRA investors yet another advantage.