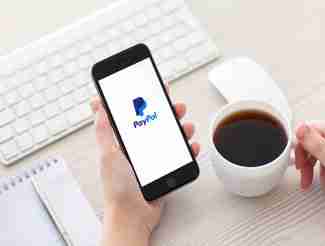 Payment services company PayPal was one of the first companies to allow merchants to start accepting Bitcoin payments back in 2014. But CFO John Rainey has said that the company is seeing far less demand from merchants today to accept Bitcoin payments. His explanation is that volatility is to blame, with many merchants feeling that Bitcoin and other cryptocurrencies fluctuate in value too much for them to be accepted as payments.

While the fluctuation in value of Bitcoin can be frustrating for investors, it doesn’t have to be that way for businesses. While PayPal may be seeing less interest from its merchants, it isn’t the only Bitcoin payment processor out there. Other companies such as Coinbase and BitPay offer payment processing services too. And businesses don’t have to hold Bitcoin or cryptocurrencies if they don’t want to.

While Rainey brought up the hypothetical example of a company with a 10 percent profit margin losing money on a transaction if Bitcoin dropped 15 percent overnight, many companies choose not to hold Bitcoin. Their payment processors can immediately convert any Bitcoin received as payment into dollars (or the equivalent fiat currency if they are operating outside the United States.)

Not only does that mean that the merchant is not subject to the risk of Bitcoin’s losing value overnight, but it also eases tax considerations, as if Bitcoin were to gain value while the merchant held it then the merchant would then be liable to pay capital gains tax on the transaction as well. Perhaps merchants don’t know that they don’t have to hold Bitcoin and that payment processors can do all the heavy lifting for them, in which case it is incumbent on the payment processors to do more outreach and education in order to expand Bitcoin acceptance by merchants.