Is Ether a Currency or a Security? 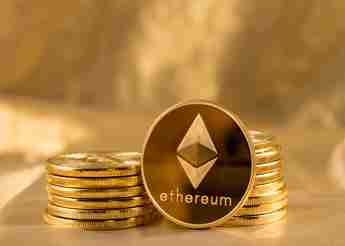 The price of ether, the cryptocurrency component of Ethereum, took a hit yesterday after reports that it has fallen under the watch of federal securities regulators. Whether ether is a security or a currency is under debate. Since there is no single federal financial regulator, competing agencies may try to expand their clout and bring new markets under their regulatory control. That may be the case with cryptocurrencies, as the Commodity Futures Trading Commission (CFTC) has labeled cryptocurrencies as commodities subject to its jurisdiction, while the Securities and Exchange Commission (SEC) may try to label them as securities subject to its jurisdiction.

Ether is a bit of a special case, similar to other cryptocurrencies such as XRP, and differing from Bitcoin in how it was created. The Ethereum platform was created first, with ether created as the common currency to be used on the platform. The first several million ether created were sold to investors to raise funds to continue the development of Ethereum. Since many of those purchasers bought ether speculating that it might rise in value, it seems to fit the definition of a security, at least according to the SEC, and thus that sale would have been an illegal sale of securities.

Whether ether would still be considered a security today is questionable, although it hangs upon the legal definition of a security, which is determined by the SEC. Ether is now the second-largest cryptocurrency by market capitalization, behind Bitcoin, and is popular both as a currency and as an investment asset. In that sense, it is no different than many other conventional fiat currencies, such as the dollar, which perform both as a currency and an investment asset.

In fact, one of the properties of a good money is that it is used both as a medium of exchange and as a store of value, such as gold was. But being a store of value and a target of investor speculation doesn’t mean that something is a security, particularly when, like ether, it doesn’t give anyone an ownership stake in Ethereum itself.