Is the IRS Tightening the Noose Around Cryptocurrency Users?

Home » Is the IRS Tightening the Noose Around Cryptocurrency Users?

Is the IRS Tightening the Noose Around Cryptocurrency Users? 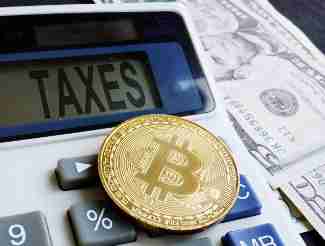 Recent reports have indicated that a number of cryptocurrency holders have received letters from the IRS informing them that they may owe taxes on their cryptocurrency holdings. According to copies of the letter, the IRS is telling people that the agency has:

While many recipients were scared that the IRS was coming after them or had information on them, apparently even those who had already properly reported their cryptocurrency gains and paid taxes on those gains received the letters. That made it sound as though the IRS had achieved the cooperation of a cryptocurrency exchange such as Coinbase and was contacting anyone who had an account that was at all active in trading cryptocurrencies.

While many people in the early days of Bitcoin probably didn’t think about their gains and the potential tax ramifications thereof, IRS was fully aware of it. It’s just unfortunate that, despite promises to provide more tax guidance to cryptocurrency users and investors, the agency still has only published one letter on cryptocurrency taxation, back in 2014.

Recipients of the letter may want to go back and check their tax returns, even if they’re sure they’ve done everything they were supposed to, just to make sure that they didn’t inadvertently leave anything out. Those who haven’t paid taxes on their cryptocurrency gains but who were supposed to may want to consult a tax adviser and start thinking about filing amended returns.

Of course many of these people could have saved themselves a scare by investing in a Bitcoin IRA. With a Bitcoin IRA, gains accrue tax-free until you decide to take a distribution. That allows you to benefit from Bitcoin’s long-term growth potential while saving yourself the fear that the IRS might be coming to get you.