Institutional Influence on Bitcoin Continues to Grow: How Will That Affect You? 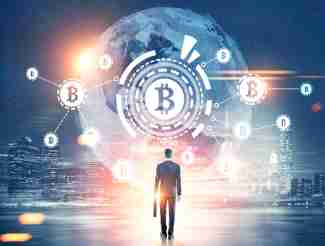 Bitcoin was developed in part to help people overcome the monopoly over currency issuance enjoyed today by central banks. By allowing individuals to “mine” their own currency, use it as a means of exchange, and act as their own bank, Bitcoin offered freedom and versatility unmatched by any other currency. But as Bitcoin became more and more popular, its user base expanded from a handful of hardcore enthusiasts to tens of millions of people worldwide, and now even to mainstream financial institutions. While that’s been great for driving Bitcoin’s acceptance, how will that affect Bitcoin’s future and what might that do to Bitcoin investors?

In one way it’s almost inevitable that Bitcoin was going to come under some sort of institutional influence. The wide array of services that have sprung up around Bitcoin to offer Bitcoin users and investors exchange services, custodial services, hardware wallets, etc. are indicative of a vibrant ecosystem. On the other hand, many in the Bitcoin community are wary of increased institutional control over Bitcoin. The prospect of technology that was supposed to disrupt financial services being captured by the same firms it was intended to circumvent and overthrow is distressing to many.

For as popular as Bitcoin has become, it still isn’t fully mainstream and has quite a ways to go before it becomes relevant to the average person. But the more popular it becomes with institutions that already are relevant to consumers and investors, the easier it will be for the mainstream to adopt Bitcoin.