Are Inflated Crypto Exchange Statistics to Blame for Swings in BTC Price? 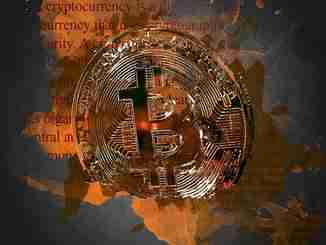 When making trades on major exchanges that processed cryptocurrency to fiat transactions, not much of a decrease was seen. But on OKEx, which at one point was the world’s largest cryptocurrency exchange and is still within the top four, that same sale of $50,000 worth of cryptocurrency saw much more significant price decreases, leading to havoc on that exchange.

If the results of this study are true, and trading volumes on some major exchanges are inflated, that means that a determined manipulator could potentially push market prices lower through targeted sales on a cryptocurrency-only exchange, buy those cryptocurrencies at deflated prices, and then sell them at a higher price on another exchange.

While current research has only dealt with relatively small currencies, could those same effects take place in Bitcoin markets? It’s certainly possible, especially since Bitcoin markets remain relatively young and small in comparison with more-established financial markets. Whether or not that has been done is another matter. While it would certainly be difficult and undoubtedly expensive, it wouldn’t be impossible for someone with deep enough pockets.

This study shouldn’t be alarming to Bitcoin IRA investors, however, as any manipulation that might be taking place to push Bitcoin’s price down will become less and less possible as Bitcoin markets mature and become larger and more popular. Since investing in a Bitcoin IRA is a long-term endeavor, short-term price fluctuations will be more than overcome by continued long-term growth.