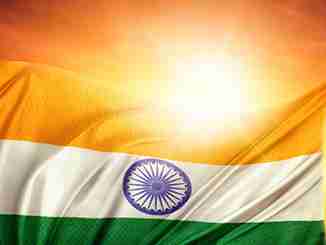 In a move to try to lessen the cost of printing physical cash, the Reserve Bank of India is exploring the possibility of issuing a national digital cryptocurrency. It’s an unusual reason to look into digital currency, but given the high usage of cash among Indians and the country’s geographic size and large population, the cost of printing and moving money is not insignificant. Adding to the cost was the move by the Indian government in 2016 to demonetize existing 500-rupee and 1000-rupee notes, replacing them with brand new 500-rupee and 2000-rupee notes. By all accounts the move was not entirely successful, as insufficient numbers of new banknotes were placed into circulation to replace the old ones.

The Indian central bank also would like to issue a digital currency because it is concerned about black markets, tax evasion, etc. That was the whole reason for the demonetization of the old banknotes and replacement with new banknotes. And obviously from the perspective of the government it’s far easier to track bank accounts, digital currencies, etc. than it is to track paper money. That’s why governments around the world are engaged in a war on cash, because they want to continue to retain as much control over money as possible.

India’s attempts to digitize its monetary system may very well be successful, however, as Indian citizens were forced to redeem their old banknotes at banks, leading to an increase in bank deposits. Many Indians were also forced, due to the shortage of physical cash, to adopt digital means of making payments. Now that they are used to transacting digitally, the central bank hopes that they may not want to return to physical cash.

It’s somewhat ironic that a central bank might try to use the very same technology developed to break the centralized control of governments over money in order to track its citizens’ money holdings. But it’s a confirmation in at least some way of the technology underlying Bitcoin and of the trend towards the increasing digital nature of payments and wealth storage. Cryptocurrency IRA investors should feel vindicated in their decision to embrace cryptocurrency, and thankful that they are able to choose to use and invest in cryptocurrency rather than being forced to by the government.