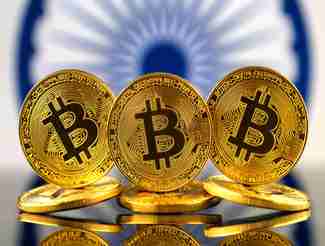 With cryptocurrencies having become more and more popular in many countries around the world, the attitude among many regulatory authorities around the world has become more and more benign. No longer associated with the dark web, tax evasion, and nefarious activities, Bitcoin and cryptocurrencies are increasingly breaking into the financial mainstream. Regulators have taken a light touch in many countries thus far, even going so far as to propose regulatory regimes specifically designed for cryptocurrencies so as not to hinder their development. The Indian government, however, has decided to take a far different tack.

As anyone with an understanding of economics realizes, the more you tax something the less of it will be produced. Thus, we can expect Bitcoin trading in India to slow down significantly if these taxes are successfully implemented. Bitcoin trading within the country had already been significantly slowed earlier this year after banks took measures to clamp down on cryptocurrency trading. But a taxation scheme on Bitcoin could be the death knell for the Indian Bitcoin market.

Thankfully this shouldn’t have a major effect for Bitcoin IRA investors in the United States, as India is a relatively small market for Bitcoin when compared to major players such as Japan, China, and the US. But it should serve as a cautionary example for what not to do in order to encourage a vibrant cryptocurrency market. Cryptocurrency markets in the United States, Japan, and other countries that encourage Bitcoin and cryptocurrency adoption will continue to grow astronomically, while the Indian market will be left behind.