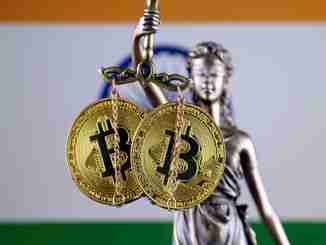 Following in the footsteps of neighboring China, the Indian government has recently made statements indicating that it, too, may ban the use of Bitcoin and other cryptocurrencies. Indian Finance Minister Arun Jaitley commented that the government will “take all measures to eliminate the use of these crypto-assets in financing illegitimate activities or as part of the payment system.” While India’s use of Bitcoin was miniscule as part of the overall world market, its growth was nonetheless on the rise. Any move by the government to end cryptocurrency use would stifle further growth.

The government’s move to ban cryptocurrency usage isn’t entirely a surprise, as the Indian government had previously engaged in a cash crackdown. Two years ago the Indian government banned the use of 500 and 1,000 rupee banknotes, the most popular bills used in India, accounting for more than 85% of cash in circulation. The intent according to the government was to uncover stashes of illegal cash and deter money laundering and tax evasion.

By all measures the effort was largely unsuccessful in achieving those aims, although it did spur an increase in adoption of digital payment methods, as many Indians would otherwise have had no means to pay for anything. Bitcoin adoption played a part in that, too, but the Indian government is so bent on control of anything and everything monetary that it will not allow any competition to exist. That is why the government will now crack down on the use of Bitcoin and other cryptocurrencies.

Any crackdown in India shouldn’t have an effect on world Bitcoin markets, given the small size of the market in India. But it should be cause for Bitcoin IRA investors to be thankful that US regulators and government officials haven’t opted to take such draconian measures. Thanks to the hands-off approach taken by federal regulators, investors in the United States are still free to reap the many benefits of investing in Bitcoin.