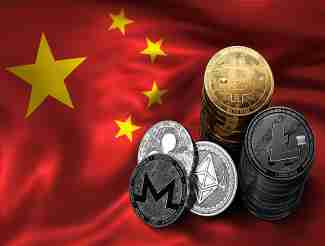 The hubbub surrounding Facebook’s new Libra cryptocurrency project hasn’t been terribly surprising. Any time a company that large undertakes a project of that magnitude, it’s bound to make waves. But surprisingly, it’s China that seems to be taking the most interest in Libra, not the US. China was the top country searching for information on Libra, with far more Chinese than Americans looking for information on Libra.

That shouldn’t be shocking news, as China has long played a very important role in world cryptocurrency markets. Even though cryptocurrency use is now banned in China, there is still a huge amount of pent-up demand. Cryptocurrencies allow ordinary Chinese to get around government capital controls, which is part of the reason Bitcoin became so popular in China. So any new cryptocurrency that might allow Chinese to evade government controls is obviously going to be popular.

All indications point to no. Google searches for Bitcoin still far outstrip those for Libra, demonstrating that Bitcoin remains the gold standard for cryptocurrencies. And we would have to guess that Chinese citizens would rather not use a government cryptocurrency, preferring instead to store their wealth in Bitcoin and other cryptocurrencies that aren’t controlled by the government.