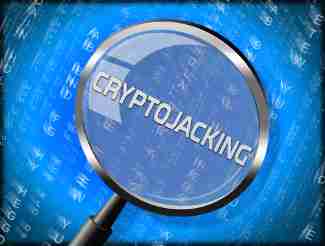 What is even more frightening is that it isn’t just computers that can be cryptojacked. Phones, tablets, and other portable electronics are also at risk, as are other connected devices that make up part of the Internet-of-Things (IoT) such as smart TVs. In theory, anything that connects to a network, including thermostats, refrigerators, and Crock-Pots, could be hacked to mine cryptocurrencies for cryptojackers. With billions of devices already in use and billions more to be added in the coming years, there is a huge number of electronic devices at risk.

That doesn’t negate the need for security, but as long as investors take the necessary steps to protect their Bitcoin IRAs and other cryptocurrency investments they shouldn’t have anything to worry about. That includes holding cryptocurrency assets in cold storage, as hot wallets and other forms of storing cryptocurrencies that are exposed to the internet are at risk of theft from hacking. Hacking and other electronic forms of theft remain the number one threat to cryptocurrency investors, but as long as investors follow sound computer security and keep passwords and security question answers well-guarded, they shouldn’t have any problems in keeping their assets secure.