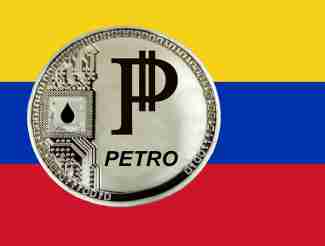 Recent reports have indicated that the Venezuelan government will soon be forcing its citizens to use the country’s new oil-backed cryptocurrency, the petro, in order to purchase passports. The passports are expected to cost two petros, an amount equivalent to 7,200 bolivars. That’s equal to four times the minimum monthly wage in Venezuela, making it highly unlikely that many people will be lining up to purchase new passports, no matter how badly they want to leave the hyperinflationary cesspool that Venezuela has become.

Of course, for those Venezuelans who do have petros, there may be some incentive to use the cryptocurrency just to get it out of their hands. While the government is trying to use the sale of petros to drum up much-needed hard currency, it remains to be seen just how successful the launch and sale of petros will be. The petro is supposed to be backed by oil reserves and its value is supposed to be based on the value of a barrel of oil. The oil price is, of course, determined by the government, and there is no telling how that might be manipulated.

Venezuela’s minimum monthly wage is supposed to be 0.5 petros per month, but there’s no telling how many Venezuelans are actually receiving petros versus bolivars. One would certainly expect anyone with petros to figure out how to get rid of them as quickly as possible, as market acceptance of the cryptocurrency is uncertain.

While the petro project will likely go down in history as a failure, it’s also a cautionary example of how not to start a cryptocurrency. Attempting to use government force to get people to use any currency is a recipe for making that currency worthless. Any governments thinking of adopting and issuing their own cryptocurrencies should see in the petro a cautionary tale.