Have ICOs Tipped the Cryptocurrency Power Balance Towards Regulators? 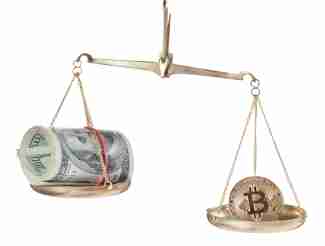 We’re quickly coming to a point at which the future of cryptocurrency will have to be determined. Thus far markets and market actors have been the dominant forces behind the growth and development of cryptocurrencies. But as cryptocurrencies such as Bitcoin and Ethereum continue to grow, mature, and become more widely accepted, they have to continue integrating into the existing financial system and its patchwork of laws and regulations.

Regulators thus far have handled cryptocurrencies with a very light touch, preferring to sit back and study them before enacting regulations that could cXRP the cryptocurrency market and throttle it before it has a chance to get off the ground. But with increasing enforcement within the ICO sphere, regulators may be demonstrating that they’re ready to get down and dirty and into the nitty gritty of cryptocurrency regulation.

While much of the expected regulatory effort should go towards ICOs, many of which are considered securities and therefore under the jurisdiction of the Securities and Exchange Commission (SEC), Bitcoin likely won’t escape unscathed. SEC won’t have any jurisdiction over it, but the Commodity Futures Trading Commission (CFTC) will undoubtedly take a closer look at trading of Bitcoin futures and other proposed Bitcoin derivatives.

While none of this will directly affect the value of a Bitcoin IRA, the strictness or laxity of the regulatory response to Bitcoin and other cryptocurrencies could have a major impact on Bitcoin’s future availability and acceptance within markets. If regulators continue to tread softly then Bitcoin investors can breathe easy. But if they come out swinging with tough regulations, it could have a chilling effect on the development of the cryptocurrency market.