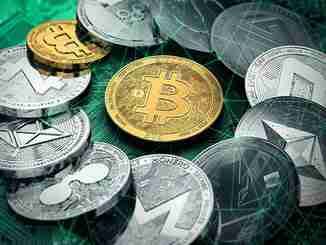 Top cryptocurrency exchange Huobi, currently the world’s 4th-largest exchange, has followed the lead of many of its competitors by expanding its operations to Europe. Unlike most of its competitors, however, Huobi has decided to start up its European operations in London. As Huobi Group Vice President Peng Hu stated: “Not Malta, not Switzerland. Absolutely London, more precisely Britain, is the entry point for the European market for us. Soon we will have an office here.”

According to Huobi, London was determined to be the center of the most active cryptocurrency trading in Europe, thus accounting for Huobi’s decision to enter the European market through the UK. Unlike its competitors who are choosing Malta as their base for operations, Huobi seems to be accepting and embracing the current reality of the European cryptocurrency market, rather than attempting to turn new and undiscovered destinations into new cryptocurrency centers.

Given London’s traditional importance as a financial hub and economic powerhouse, and the UK’s continuing economic strength, the move to London will undoubtedly pay dividends for Huobi, as well as help Bitcoin and cryptocurrencies better integrate into the world financial system. Since the UK already has a robust system of financial regulation, that should also aid Bitcoin’s regulatory acceptance.

One potential drawback to that move is the possibility of Brexit. The UK had always resisted fully integrating into European financial markets, maintaining the pound sterling as its currency, for instance. And with its own financial regulatory authority, British firms had been reliant on special carveouts in order to operate on the Continent. In the event that the UK leaves the EU, Huobi could find itself cut off from the EU market and having to set up a new European headquarters outside the UK.

Perhaps Huobi’s move is an expression of confidence that Brexit will not take place, in which case this could be a very wise business decision. But regardless of whether or not the move pans out for Huobi’s operations in Europe, it is yet another indication to Bitcoin investors that Bitcoin and cryptocurrencies are continuing their march into the financial mainstream.