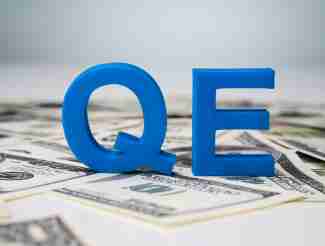 If you thought 2008 saw a huge amount of monetary easing, you haven’t seen anything yet. In the aftermath of the financial crisis, the Fed increased its balance sheet from about $800 billion to nearly $4.5 trillion. But that increase didn’t occur overnight, it took years to build up to that level. What the Federal Reserve is doing now almost beggars belief.

The Fed has pledged up to $5.5 trillion in funding for repo markets, a sum that’s greater than the total amount of money the federal government spends each year. It also has pledged to engage in an enormous amount of quantitative easing (QE), including $625 billion just last week. If that amount were to be annualized, it would be equivalent to $32.5 trillion, equal to the combined sum of the national debt plus all corporate debt outstanding in the US.

On top of what the Fed is already doing, the fiscal stimulus plan put forth by the Trump administration plans for up to $4 trillion in additional stimulus through the Fed. And that’s on top of the $2 trillion in spending that Congress will be undertaking through its part of the stimulus package. So we could very well see over $10 trillion in monetary and fiscal stimulus taking place over the next few months.

That amount of money will lead to higher inflation, higher prices, and will erode the purchasing power of the US dollar. And just like in the after math of the 2008 crisis, it will lead to investors pouring their money into safe havens like gold, silver, and now Bitcoin and cryptocurrencies. With so much money flooding into markets, and investors no longer trusting the safety of bonds, nor the growth potential of stocks, cryptocurrencies will be some of the biggest winners over the next few years. And the more QE engages in, the better cryptocurrencies should perform.